An Introduction and Invitation...

Sudoku has been gaining popularity in Malaysia since 2005, and today there is a large population of players in the country, young and old, male and female, who solve Sudoku puzzles regularly. In response to this phenomenon, some local newspapers offer Sudoku puzzles on a daily basis.

To help provide some directions in this development, the Malaysia Sudoku Society (MaSS) was formed by a group of Sudoku enthusiasts, and the Society was officially registered on 23rd March 2007. Its inaugural Annual General Meeting was held on 15th December in the same year, and the Society was officially launched with an elected committee of six members. Today MaSS is the only officially registered society in the country focusing on Sudoku. 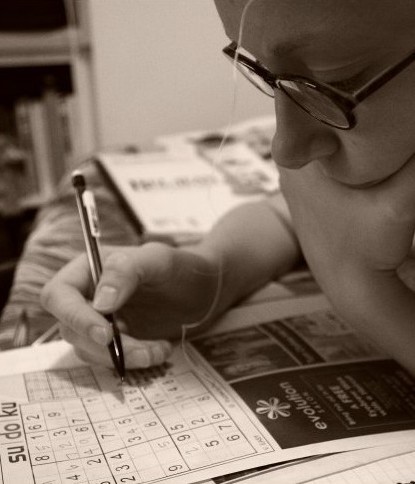 The aims of MaSS are as follows:

Currently MaSS holds a bimonthly gathering for its members on the third Saturday of even months from 3:00pm to 5:00pm at Taman Mayang, Petaling Jaya. Usually speakers are invited from within MaSS membership to give a talk on a Sudoku related topic, or to conduct a Sudoku clinic to teach solving techniques. The meeting, which usually starts with a Sudoku competition, is characterized by fun and friendship. We welcome anyone to join us at this meeting as a guest.

We are pleased to have within our membership two local authors of Sudoku books. Our members are connected to Sudoku in various ways. Some are involved in organizing Sudoku events, some are experts in puzzles, some are advanced players, while others are just average players. MaSS invites all Sudoku fans, players, addicts, champions to join us in our bimonthly gatherings, and if they so wish, to join MaSS and help us achieve our aims.

On 12th December 2010 MaSS successfully organized its first-ever Malaysia Sudoku Championship. Since then, it has become an annual competition, and also our anchor activity. It is also possibly South-East Asia’s biggest Sudoku event. To further achieve its objectives, MaSS provides assistance to several schools, to help generate interest among school children and teenagers. We co-organize two other major events annually: the     Inter-School Sudoku Competition, and also the InterVarsity Sudoku Tournament. MaSS is also keen to lend assistance to any Senior Citizen club or organization, to promote Sudoku to senior citizens as a healthy mental activity.

For further information about MaSS membership and its activities, please visit our website at www.mysudokusociety.com or you may email your inquiry to mysudokusociety@gmail.com. You may also contact the Secretary at 012-234 1492. We welcome all Sudoku enthusiasts to join MaSS, so that through Sudoku friendship we can enjoy solving Sudoku together, and at the same time, improve our solving speed and skills.